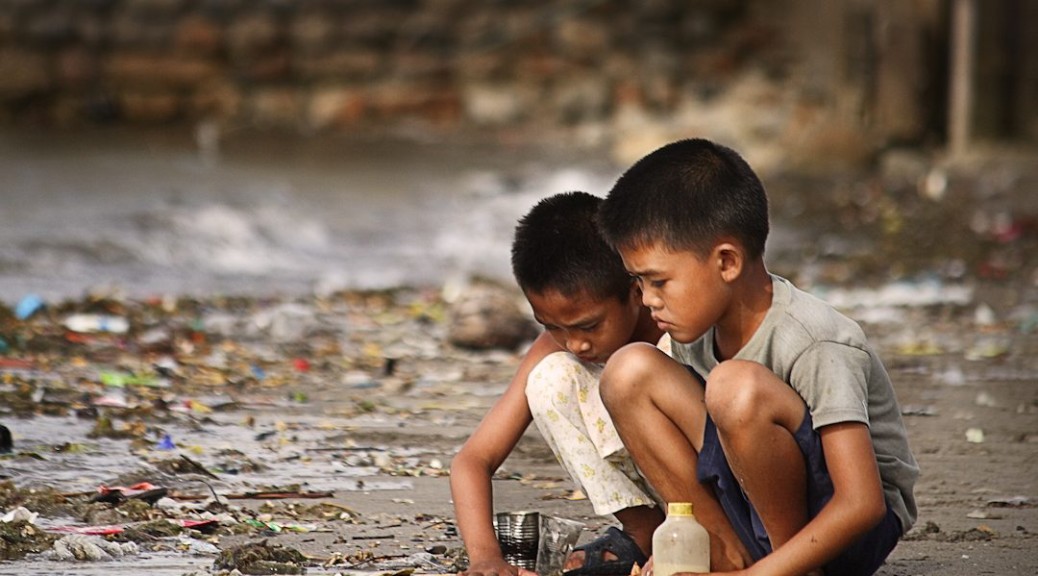 Poverty, also known as impoverishment or poorness is a state where in a person has little or no money and hardly any material possessions. People who don’t have money or material possessions are often shunned and looked down upon in this materialistic world where everything revolves around money. Even though many billionaires are springing up in the world, there are billions of people who are below poverty line. Poverty brings along many problems such as high infant mortality rate owing to poor maintenance conditions of the child, illiteracy which happens because there are no funds to attend schools, and at times enslavement in various parts of the world.

The above stated situations happen because poor people are not treated as equals. Being poor do not imply that someone is inferior; it is just that society which behaves this way most of the time. There are very less people who realize that every individual, whether below or above poverty line is equal before the law and hence, should be treated equally, else it will create distinctions based on irrelevant parameters and will harm eventually in the long run. It is really necessary to understand the causes of poverty and the scenario which poor people undergo, in order to eradicate poverty.

Poverty stricken people are treated as marginalized sections of the societies and are excluded from social gatherings where people with good income status are present. The Human Development Report in 2000 clearly stated that poverty is a violation of freedom and a basic human right must be to eradicate poverty. It states that all forms of development should have an objective to be pro-poor and space should be created to make sure that everyone is accommodated.

The universal declaration of human rights has various sections and chapters which deal with certain issues pertaining to poverty. Any person cannot be denied the right to vote, to work, to live, to get water and food on basis of being poor or rich. The rights and laws are same for member of every strata from the society and a poor person cannot be rejected a job position merely because of his economic condition. Also, the right to equality addresses this issue quite clearly when it mentions that before the constitution of any country, everyone is equal. Thus, poverty stricken people have equal access to all amenities. If they’re oppressed in any manner, they have the right to complain.